Particle number fluctuations are considered within the full van der Waals (VDW) equation, which contains both attractive (mean-field) and repulsive (eigenvolume) interactions. Two steps to extend the VDW equation and make it appropriate for new physical applications are carried out: (i) the grand canonical ensemble (GCE) formulation which allows to calculate the particle number fluctuations, and (ii) the inclusion of the quantum statistics which allows to describe the nuclear matter as a system of interacting nucleons. The VDW equation is used to calculate the scaled variance, skewness, and kurtosis of nucleon number fluctuations in nuclear matter, and these quantities show singular behavior with rich structures around the critical point. The strongly intensive measures Delta and Sigma of the particle number and excitation energy fluctuations are also considered, and, similarly, show singular behavior near the CP. The Delta measure is shown to be more sensitive to the proximity of the critical point than the Sigma measure. Based on universality argument, similar behavior is expected to occur in the vicinity of the QCD critical point. Additionally, the role of repulsive (eigenvolume) VDW interactions in the hadron resonance gas model is considered. It is shown that the extraction of the chemical freeze-out parameters is very sensitive to the choice of eigenvolumes for different hadrons. Comparison to the lattice QCD is also explored. 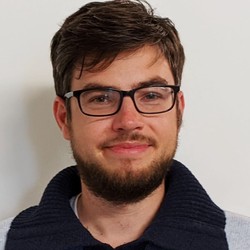